What to Do with a Trapped Skunk 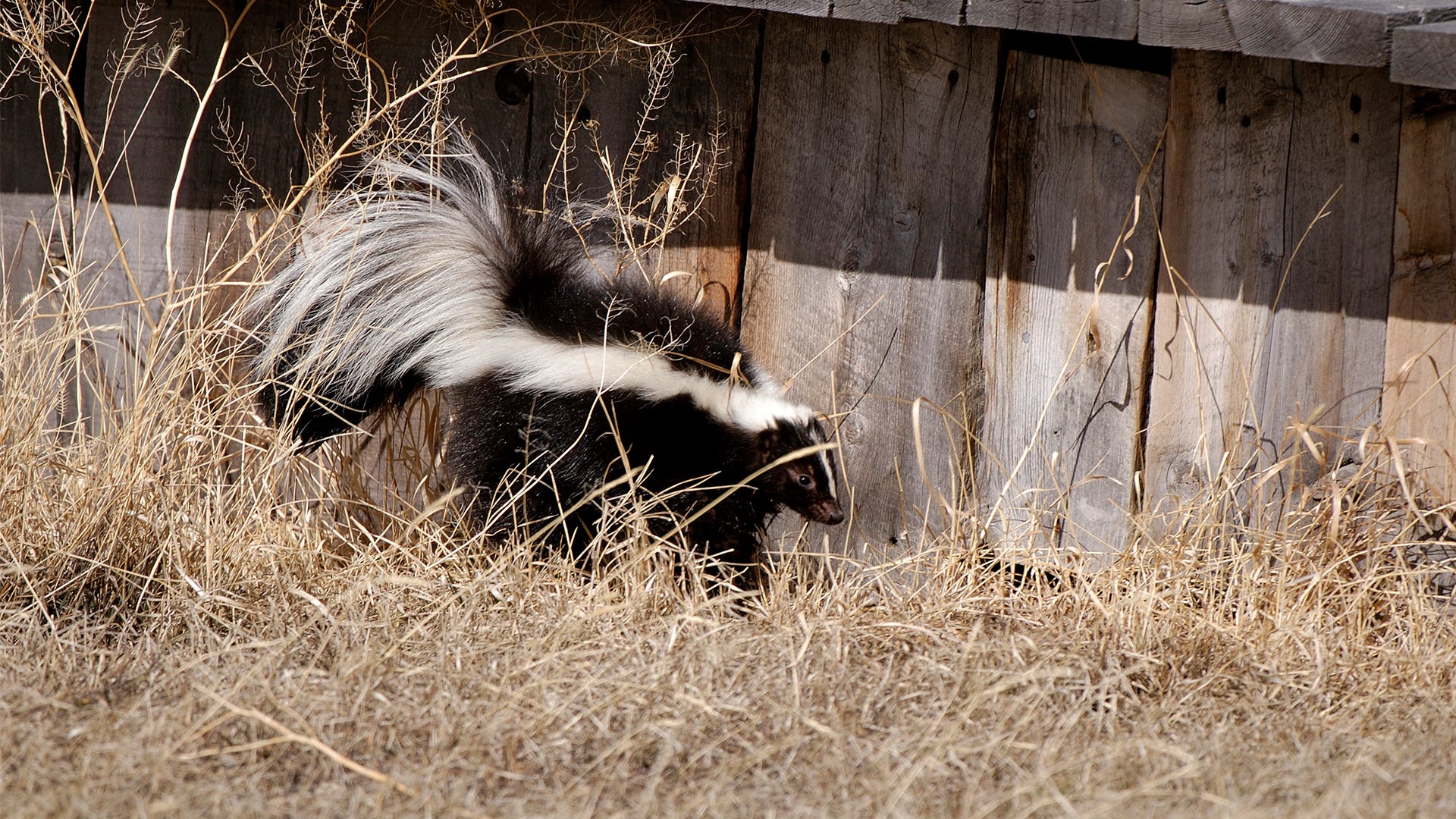 It’s likely that the last thing you want is to look out your window and see a skunk patrolling your yard or garden, especially if you have a pet that spends time outdoors. Having been in the animal control business for more than 30 years, I’ve had my share of unpleasant encounters with angry skunks, so I know the importance of getting rid of skunks before they have a chance to unleash their foul-smelling spray on you or your pets.

The Havahart® Easy Set® Trap is by far the best device I’ve found for trapping skunks and other nuisance critters. But after successfully trapping the animal, what’s the next step?

Once You’ve Caught a Skunk in a Live Trap, Calmness Is Key

Understandably, a trapped skunk will be frightened, which increases the risk of spraying. The best way to calm the animal is to cover the cage, as the darkness will have a soothing effect.

Find an old blanket, cloth or towel and hold it open wide. Keeping in mind that a skunk won’t spray what it doesn’t see, approach the trap slowly and quietly (but not too quietly – I recommend talking in a soothing voice to avoid catching the skunk off guard) and slip your cover over the cage. If you notice warning signs such as the animal stomping its feet, turning its rear end toward you or raising its tail, it’s time for you to turn tail and run away as fast as you can!

How to Release a Skunk from a Live Trap

Want to know how to release a skunk from a trap? Very carefully! Actually, before you remove a skunk from a live trap and release it back into the wild, the first thing you need to do is check with the local game commission in your area about the laws regarding relocation and release.

Once you’ve established an acceptable release area that is at least three miles from your home, transport the animal to the location. One thing I like about the Havahart® Easy Set® Trap is that you can release the animal using just one hand while standing behind the trap (and you don’t have to hold it open!), and there’s also a full hand guard for additional protection. The device makes removing skunks from a trap a simple process.

Following these steps can help you avoid a nasty encounter with a trapped skunk while also protecting you and the animal from harm.