How to Control Moles on Your Golf Course 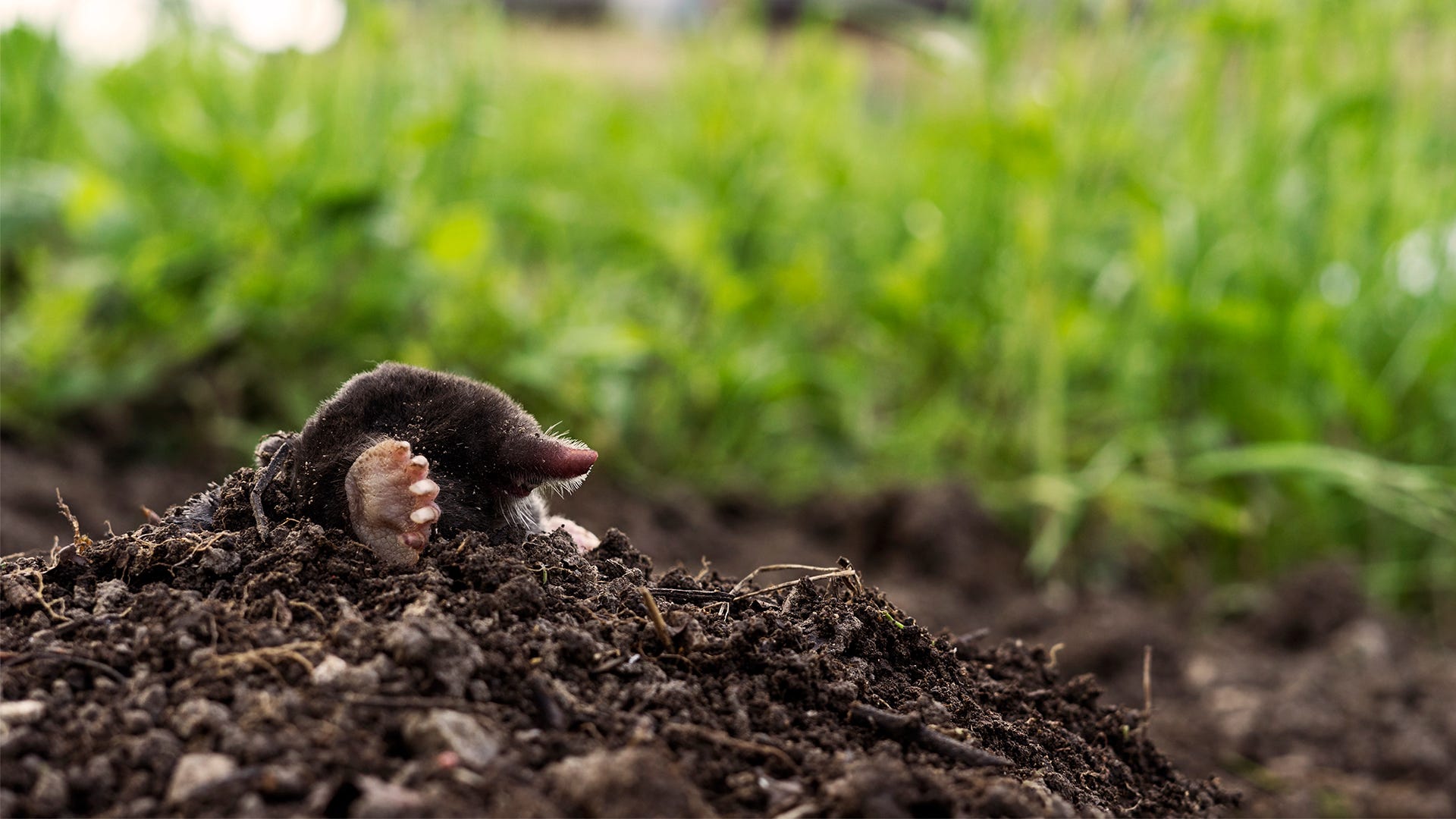 You may be familiar with the movie Caddyshack in which an inept golf course groundskeeper named Carl humorously battles with a rogue gopher that is wreaking havoc with its tunneling activities. Much like gophers, moles are subterranean creatures that often inhabit golf courses and can do extensive damage with their tunneling and burrowing.

Moles possess hand-like forepaws that make them champion diggers, and they’re capable of breathing underground for long periods of time. The presence of small round molehills on your golf course is a telltale sign of a potential mole problem. While moles are not prolific breeders, as a female mole typically produces only one litter of three or four offspring per year, it only takes a few to create an extensive network of tunnels in areas of your golf course.

Moles love to eat insects, worms and grubs, so limiting their food source with the use of an effective insect control program for your soil can also help to provide golf course mole control. Toxicants are available for golf course control of moles, although moles are often reluctant to take the bait, preferring to stick to their normal insect and grub diet. Some golf course superintendents may also be reluctant to use mole control methods involving chemical rodenticides due to environmental concerns.

Trapping can be a highly effective method of golf course mole control, but the traps must be placed along active runways to their tunnel entrances. To determine if a runway is active, press down on its raised ridges and check back in about three days to see if the moles have made repairs. Moles won’t bother to repair an abandoned tunnel, so if the damage has not been corrected by the time you check again, you’ll know not to place a trap at that location.

Which Traps Are Best for Golf Course Control of Moles?

I’ve tried a lot of traps in my 30 years of animal control, but I’ve found that Havahart® Easy Set® Animal Traps work best for capturing moles effectively and humanely. The smaller varieties of these traps are ideal for catching smaller critters like moles.

As the name implies, these traps are easy to set — just place the bait under the trigger mechanism — and their sturdy rust-resistant construction ensures many years of successful trapping. The sensitive trigger provides a quick and efficient capture that won’t harm the animal, and the one-hand release feature eliminates the threat of danger when releasing the animal back into the wild.

Effective golf course control of moles is the best way to ensure the only holes your golfers have to deal with are the ones found on your putting greens!