The Chipmunks You Don’t Want to Hear Sing

When your bird feeders are raided or tipped over, and your vegetable garden shows evidence of chipmunk activity, the last thing you want to do is listen to them sing about it. Instead, you will probably react like Donald Duck did in all those Disney cartoons where his house and garden were visited by troublemaking chipmunks Chip and Dale. Yes, on the one hand, chipmunks are adorable, but on the other hand, they are destructive to your home, plants and produce.

All but one of the 25 species of chipmunks are found in North America, the exception being the Siberian chipmunk of Asia. They can be as small as 7 inches or as long as 11 inches, depending on the species, and weigh from 1 to 4 ounces. Their distinctive bands of light and dark stripes may be found in the fur on their back, tail, and head. 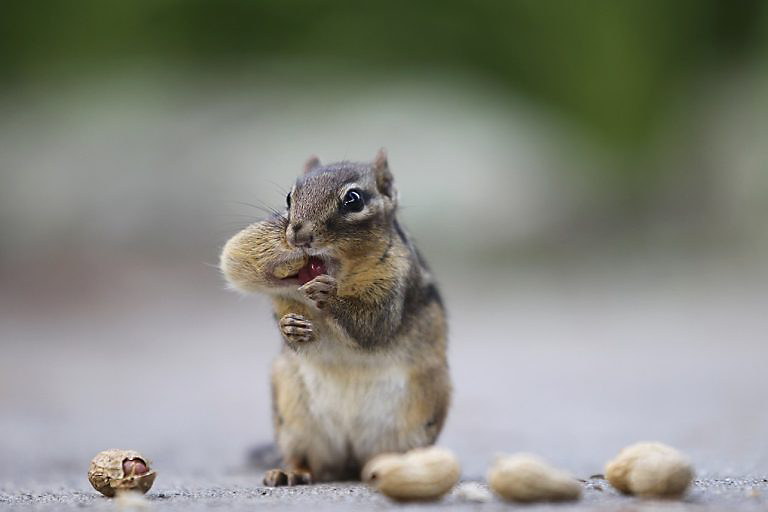 What do chipmunks eat? Being members of the squirrel family, they feast on fruit, seeds, and nuts – as well as eggs and insects they find in their foraging. They stuff their cheeks – which stretch to 3 times the size – to transport food back to their burrow, especially when preparing for winter. While hiding away from the cold, they wake sporadically from their hibernation to nibble on the food they collected.

The sounds they make have been cataloged and divided into three types, all of which are believed to be made to alert other chipmunks of danger. The higher-pitched “chip” and the lower-pitched “chuck” sounds apparently warn of a nearby predator, while their almost musical “trill” noise is usually made when they are already being pursued – not for performing cover versions of the latest hit song! 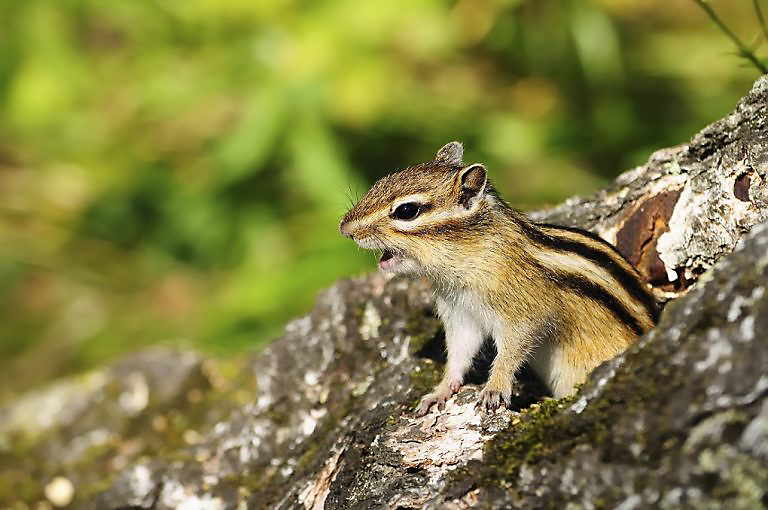 They must be very good at detecting danger, for their calls are heeded by more than just other chipmunks. Even their prey also benefit from these alarms. Researchers at Texas Tech University have studied how ground-nesting bird species, such as veeries and ovenbirds, listen for these sounds to determine a safe location for their nests. In this situation, it is not the chipmunk’s predators that the birds are concerned about but the chipmunks themselves, who will raid the birds’ land-based nests to eat their eggs.

Chipmunks on the Rise

No, we don’t mean Alvin and the Chipmunks are rising on the Top 40 charts once again like they did back in 1958 when “The Chipmunk Song” hit number 1. What we mean is that there seems to be a lot more chipmunks this summer than is commonly seen. Actual figures are not available, due to the near-impossible task of trying to count them all (unlike, say, deer, which are larger and cannot hide underground), but the Department of Environmental Conservation (DEC) and the Bedford Audubon Society both agree that chipmunk activity has risen.

There are primarily two reasons for this: 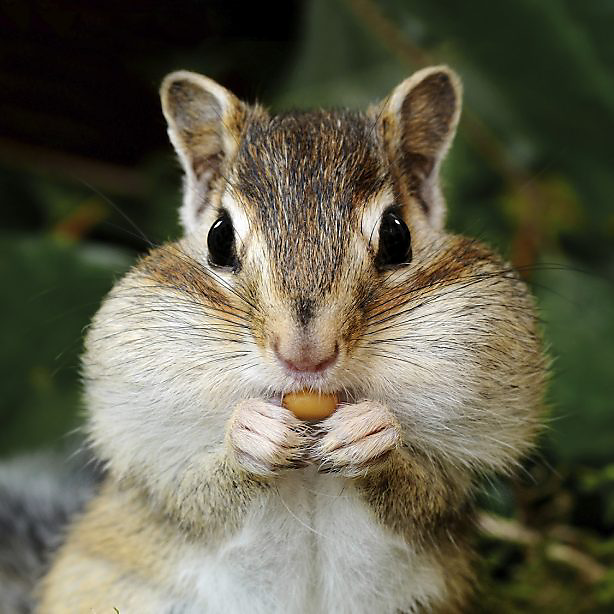 According to Weather.com, the winter of 2015/2016 was the “warmest winter on record” in the United States since the late 19th century. With very little lasting snow on the ground, the DEC believes chipmunks had “earlier access to food,” improving the likelihood that “this year many female chipmunks gave birth to an early litter in April or May, and may have a second litter in August or September.”

A mast year refers to when a tree produces a large amount of something (fruits or nuts). A mast year for acorns benefits those rodents, especially in the squirrel family, that live on them as a staple part of their diet. An abundance of acorns in the fall of 2015 would have resulted in a good supply of food to store for the winter hibernation, and thus a greater number of chipmunks emerged healthy in the spring of 2016.

Are You a Donald or a Dave Seville?

So if you found these little critters in your yard, would you react like the infamous Walt Disney duck and try to get rid of them, or like the fictitious Ross Bagdasarian persona (David Seville) and try to recruit them into a performing act? 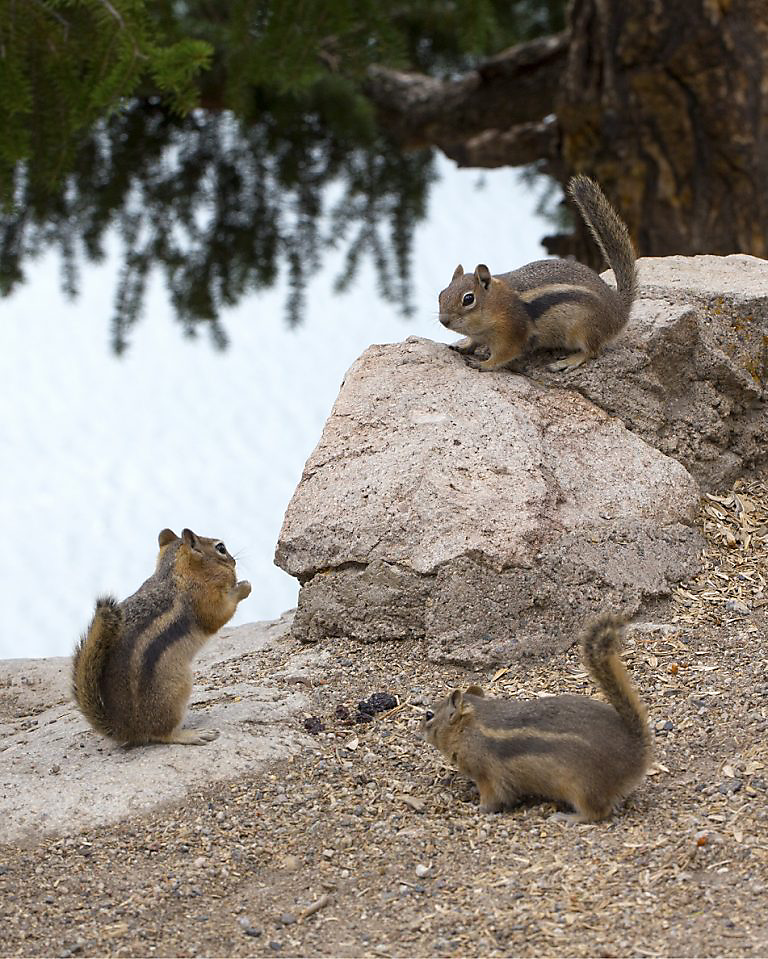 Since we unfortunately do not live in a magical world of talking, trainable wild animals, here are some options for keeping your property free of the real-life rodents who would steal your veggies.

It would be best to keep them out of your garden to begin with, and Havahart® offers the motion-activated Critter Ridder® sprinkler repellent that uses water to scare away a variety of animal intruders. If you already have one or more hiding out on your property, Critter Ridder® Animal Repellent will do the trick and is available in granular and liquid form. Or you can bait and trap them with one of our small-sized cage traps designed to contain tiny critters. Find out the laws regarding relocation of wild animals for your area first, and check out our blog on “How to Release an Animal from a Live Trap” for more advice.

Do you agree that chipmunks have been out in abundance this summer? Join us on Facebook to share your chipmunk sightings. Sign up for our eNewsletter to stay informed of our latest articles and exclusive updates from Havahart®!