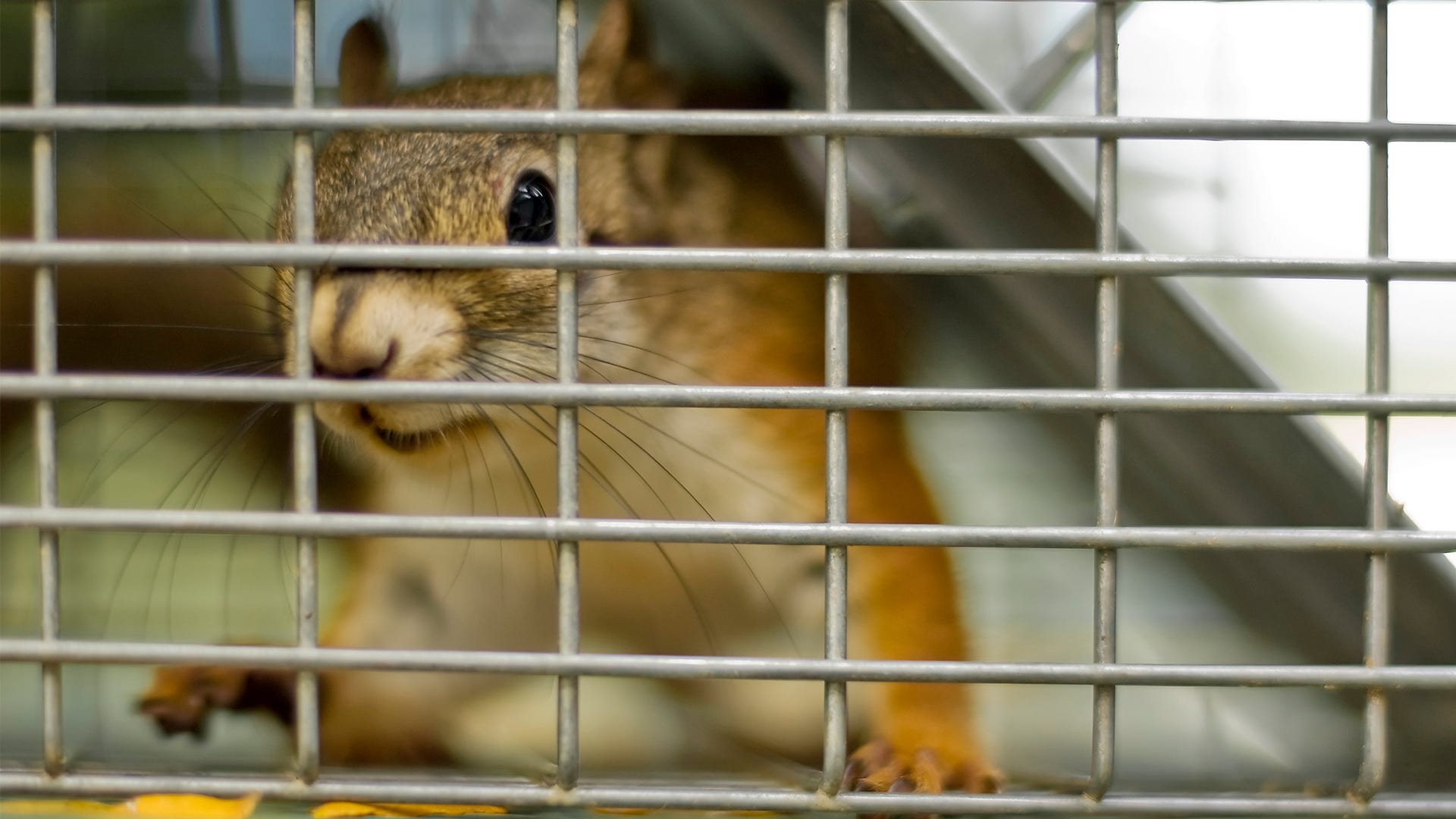 We have a huge ground squirrel problem. I thought they were cute and let them live on our property even though they were causing sinkholes in our back field. I loved watching them run around the property. My favorite squirrel would go out to the dirt/gravel driveway and start rolling around every afternoon. After he got a nice dust bath he would stretch out on his tummy with his back legs stretched out behind him. Then, he would pull himself a couple of feet using his front paws. It was hysterical!

One morning we found that a section of our driveway that had caved in from the tunnel system they had below it. We never even knew it was there. This was the last straw. My husband was at his wits end, so I knew I had to do something, but I didn’t want to harm them.

I decided on trapping them and relocating them out in BLM land. I set squirrel traps with strawberries, peanut butter and mixed nuts, and it worked great! So far I have caught and released six squirrels, including my favorite one. It was really cool to see them close up and get to see their personalities while in the cage.

Although it was sad to release them to a new home, I picked a great area for them. The other day I took a squirrel out to the release area and I saw the first squirrel that I had released. I was so happy to see that they are doing well and enjoying their new home.

We have cleared out the clan living under the house and there have been no new holes. Now we are working on trapping the remaining squirrels that are all over our back field. I have learned some new techniques like sticking the nuts in the peanut butter to keep them in place. They can’t resist it.

Unfortunately, I also found out why you shouldn’t use big cages. I caught two of them in the same cage and when I tried to move them, it turned in to a cage fight. Now I only use a small cage and they seem to be less stressed and much calmer. I am quite pleased with this system and my husband is happy with my progress. Now I feel confident that he won’t be tempted to use less humane methods of control.