The Drooling Possum on the Porch 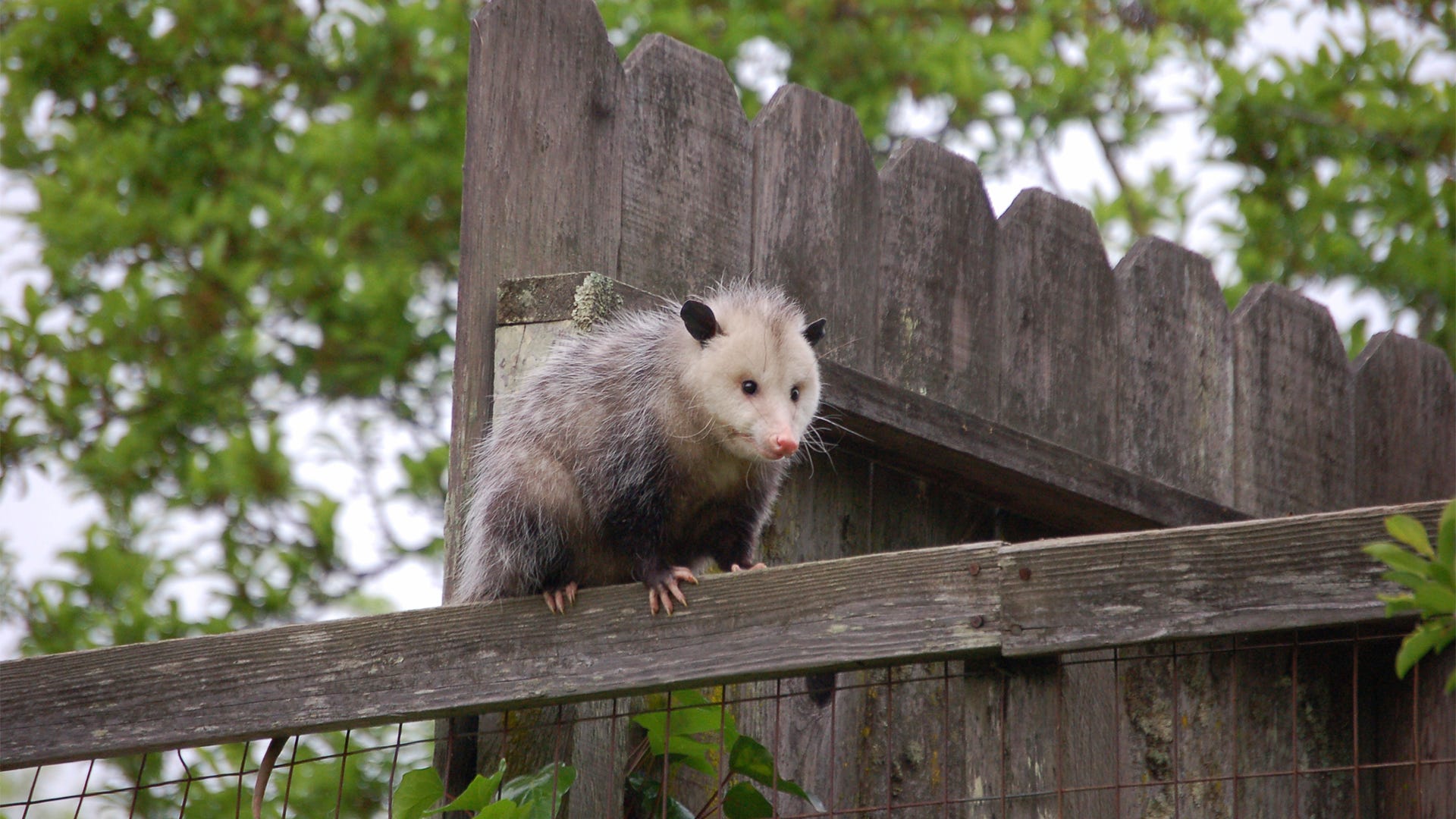 My mom had a monster-sized coon at her cat food bowl in rural Alabama a few years ago. She lived close to a pond, and they apparently had been invading the area for years.

I proceeded to catch thirteen raccoons (and a couple of possums) over the next few weeks! Raccoons are very attracted to eggshells and something smelly from the compost, like tuna. Or they like wet pet food in a trap placed at the edge of a wooded area.

One night more recently, after a friend and I had fed his cats, the dogs were barking a "serious" bark. I went out, and a possum was on the porch railing where the cat food was. He didn't even flinch at all or react in any normal way when I yelled at him, and he sure did not run! He finally turned around and showed me his long, sharp scary teeth. That was bad enough, but when he bared those creepy fangs, he was drooling long strings of saliva from his mouth. Not only was I grossed out, I was scared for sure now!

I got a broom and, reaching as far as I could, pushed him off the railing, as I was afraid for any dogs and cats getting near the nasty acting critter at this point. I remembered trapping a few years before, so the next day, my friend and I started putting out the Havahart® trap for a few weeks.

We got one raccoon and three or four possums. Although none of them were drooling, we were happy to relocate them to a densely wooded remote area. We’re so glad there is something you can do when something like this happens! Many people think raccoons and possums are cute, but they can harbor all sorts of horrible germs and illnesses, besides being potentially extremely vicious! No problems since! I am a woman so I’m not used to trapping, but I felt like an expert after all that!