How to Deter Muskrats 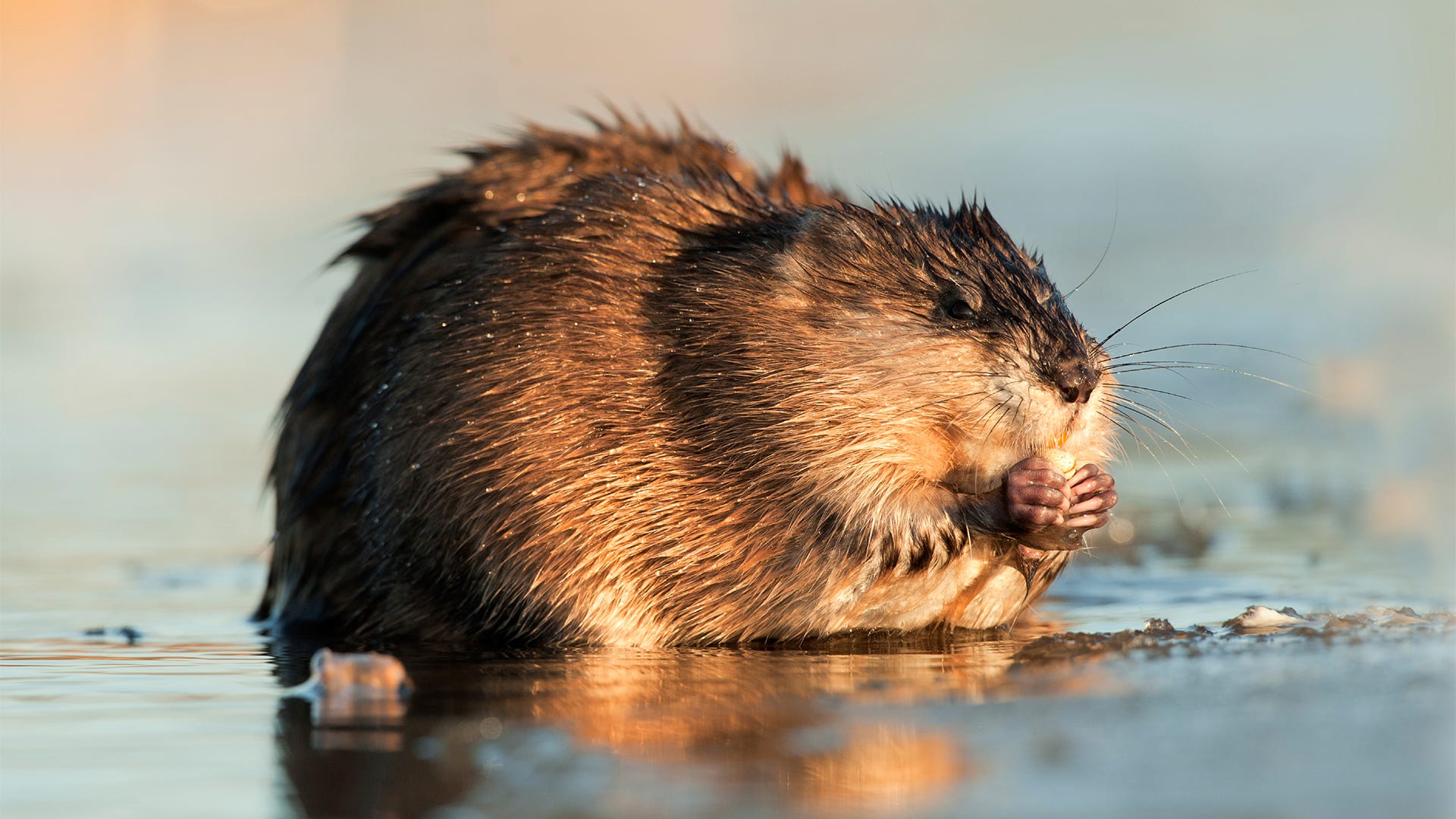 Way back in the 1970s, there was a popular song called “Muskrat Love” which depicted these creatures as charming and lovable. But if you’ve been dealing with a muskrat problem on your property, “love” is probably not the first word that comes to mind.

Living predominantly in marshlands, muskrats mainly pose a threat to the structural damage of ponds, waterways and dams. These rabbit-sized rodents like to create extensive burrow systems in the ground adjacent to the water with an underwater entrance. A muskrat’s partially webbed hind feet, small hand-like front feet and laterally compressed tail make them very good swimmers. You could say that muskrats are the “Michael Phelps of the rodent world,” with the ability to swim at speeds up to three miles per hour and remain submerged for up to 15 minutes.

Do you know how to trap a muskrat? The first step is to check with local and state wildlife agencies to stay on the good side of your friendly neighborhood game warden or other wildlife enforcement officer. You also want to be sure trapping does not occur during breeding season so that you don’t leave a baby muskrat without its mama. Of course, you need to select a trap that captures muskrats effectively and humanely, such as the Havahart® Medium 2-Door Trap.

Using fruits, vegetables, or even anise for muskrat bait

Placement of the trap is crucial; it should be situated just outside the burrow, partially in the water, but with enough area exposed so the muskrat can breathe. (Remember: they can only hold their breath underwater for 15 minutes!) The best bait for muskrats are fresh vegetables, parsnips, carrots, or sweet apples. You can also use oil of anise for muskrat bait, or the musk from another muskrat.

To prevent future damage of your pond, and repel them from making homes on your property, take measures to make the muskrats’ burrows inhospitable. During the early winter, draw down pond water to at least two feet below normal levels. Then fill the muskrats’ dens and burrows with heavy rock. Any remaining muskrats can be trapped using the above method. Muskrats may also leave the water and do damage to your garden. In this case, try fencing techniques using hardware cloth.

By learning how to deter a muskrat or to trap them successfully using unusual items like anise for muskrat bait, who knows—you might even come to love them!