The store will not work correctly in the case when cookies are disabled.
Account
Shop Deer Solutions » view Full Pest Library » 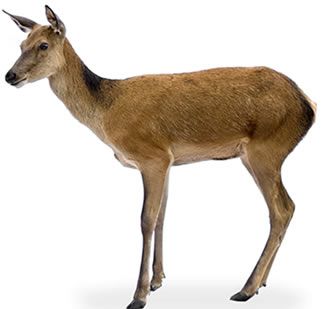 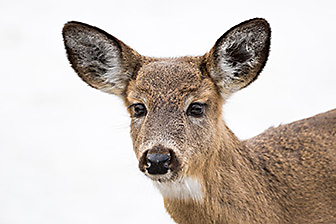 White-tailed deer have played a very important role in the history of our country. These animals were used extensively by Native Americans and early settlers for both food and clothing.

Extensive clearing of land, unregulated hunting, and loss of habitat brought the white-tailed deer population to a record low by the late 1800’s.

In the past several decades, the white-tailed deer population has rebounded dramatically due to changing land uses, stricter game laws, and a lack of large, natural predators. White-tailed deer are the number one game animal in the United States. 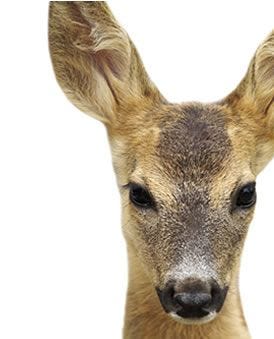 A deer’s hearing, being far superior to that of a human, can easily detect the faintest of sounds. In fact, it is believed that a deer’s hearing is so sensitive that it can determine how far away a sound was made.

A deer’s hearing is one of the reasons that it is so difficult to sneak up on one without being detected. The ears of a deer are vital in helping it avoid danger.

When a deer hears a sound, it will instantly turn its head and point its ears in the direction of the sound. The deer will focus all of its attention on smelling, looking and listening for any more signs of danger. If the deer doesn’t smell, see or hear any danger after checking the area several times, it will usually go back to its normal routine. 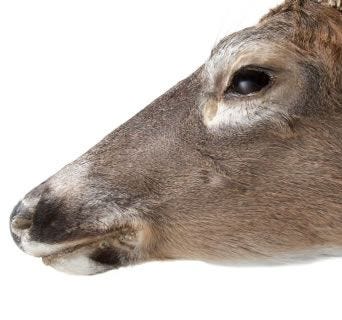 A deer’s eyes are located on the side of its head. The advantage of this is that deer are able to view 310 degrees around themselves. This wide view allows deer to be totally aware of their surroundings, even when staring straight ahead.

The disadvantage is that deer are not able to focus on one location with both eyes, causing deer to have very poor depth perception. Deer also see at a lower resolution than humans, and are believed to be colorblind. 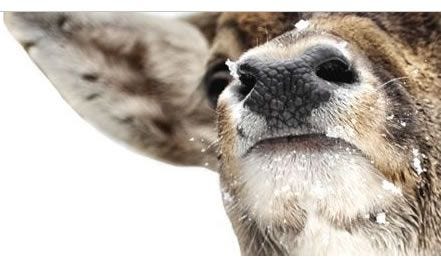 Deer have a highly developed sense of smell; it is one of their best weapons for detecting approaching danger. The moist nose of a deer - similar to that of a dog - allows the deer to pick up the faintest of odors.

The odor particles drifting by on the breeze stick to the moisture on the deer’s nose and are then drawn into the olfactory organs. A deer can detect the odor of approaching danger several hundred yards away. 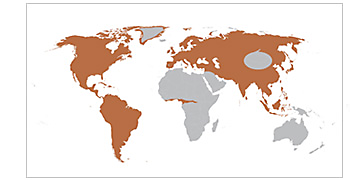 Deer inhabit all of the earth's continents except for two - Australia and Antarctica - with native species varying from region to region. In the United States, white-tailed deer mostly inhabit regions east of the Rocky Mountains, while mule deer are more prevalent in the west. 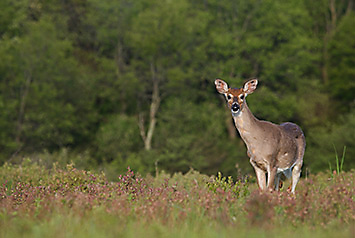 The ideal habitat for a deer is a transitional area - where forest meets open land. Forested land provides the cover and shelter a deer needs for protection, while open land often provides a wide variety of plant life for foraging. 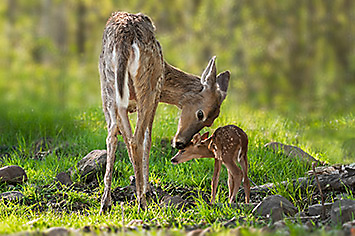 White-tailed deer behavior and movements vary greatly depending on the time of year. They do not mate for life, and live and travel separately except when it’s time to mate. Males (bucks) will travel with other males for most of the year, but once mating season arrives, they head out on their own to reduce competition. During this season, bucks become more active, but cover shorter distances to focus their search for potential mates.

Alternately, a female deer (doe) spends most of the year alone, until her fawns are born. Unlike many animals, fawns will remain alongside their mother for up to 2 years. Female offspring are more likely to stay the full 2 years, while male offspring will separate earlier, once they are able to find food on their own. When the males separate from their mothers, they travel about six to eight miles to find their own territories for mating.

Deer are herbivores that browse on the fruits, leaves and stems of tall plants and occasionally graze on grass or lower-lying vegetation. They prefer tender, new growth but are known to eat whatever is available to them - their diets change with their habitat, as well as the seasons. During the spring and summer, deer feed on leafy green plants, flowers, buds, and other seasonal crops, while in the fall they begin to eat corn and nuts. In the winter, deer shift to the woodier parts of trees and shrubs. 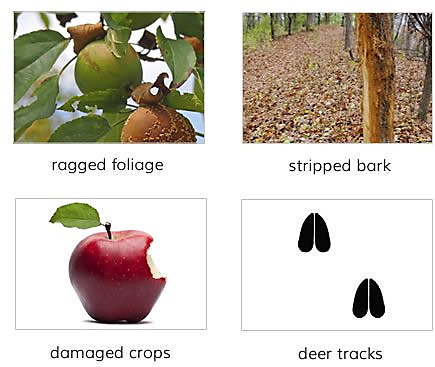 Deer damage occurs mostly when they feed on your landscaping. They prefer the most tender parts of your plants - leaves, buds, ends etc. Deer damage can occur up to 6 feet off of ground level, which makes it quite distinguishable from that of other animals.

Some ways you can identify deer damage include: