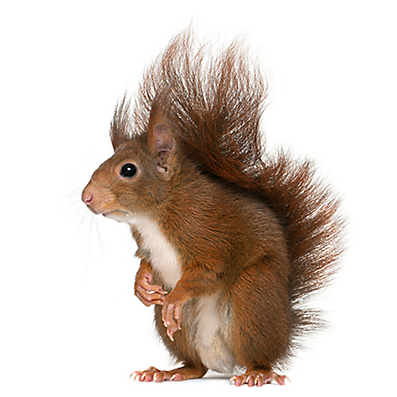 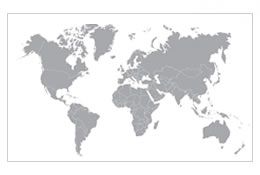 There are over 100 species of tree squirrels, and they currently inhabit all of the world's continents - except for Antarctica. They are some of the most adaptable animals in the world, which has allowed them to remain populous despite urbanization throughout these lands. 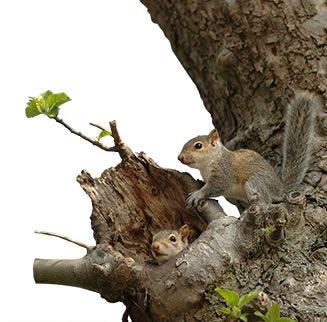 As indicated by their name, tree squirrels are arboreal, and they often make their homes either in leaf nests or inside tree cavities. All tree squirrels rely heavily on the availability of mast (the dry fruit from woody plants and trees) - especially acorns and other nuts - for their survival. So a tree squirrel's habitat must consist of these nut-bearing trees.

The majority of a squirrel's diet consists of hard mast like acorns, hickory nuts, walnuts, or seeds. In fact, from September through March, one squirrel requires around 1.5 lbs. of mast per week to survive. Because a squirrel's digestive system is not equipped to absorb cellulose, they will only eat green plants, twigs and bark in desperation.

Some favorite squirrel foods include: 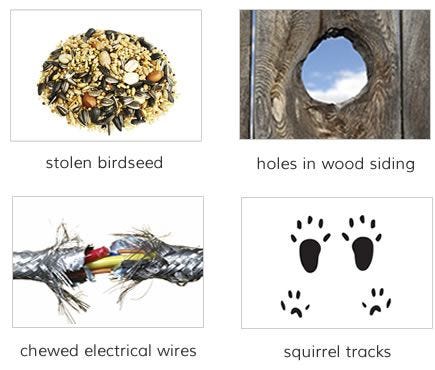 Because squirrels are active during the daytime, you are likely to see any that may be inhabiting your yard. However, you may not always be home to witness them, or they may be wreaking havoc in other places like your roof or attic.

Here are some additional signs to help identify a squirrel problem: