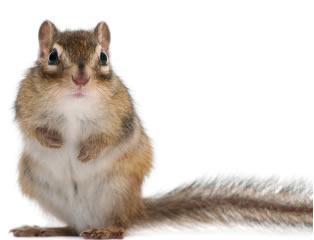 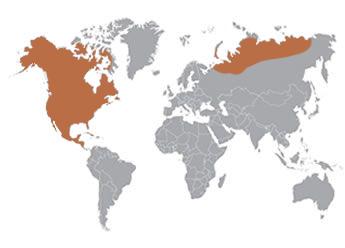 All species of chipmunks are native to North America, except one - the Siberian chipmunk. As indicated by its name, the eastern chipmunk inhabits most of the eastern half of the United States and Canada. Western chipmunks inhabit the western states as well as most of Canada.

The Siberian chipmunk is the only species that is found outside of North America - its range extends throughout northern Asia, from central Russia to Japan. 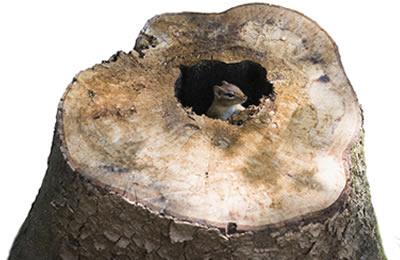 Chipmunks feel most at home in areas with plenty of ground cover, including logs, trees, stumps, shrubs and rocks. While the ideal habitat for chipmunks is a deciduous forest, woodland or brushland, they’re also comfortable in other areas that provide sufficient cover such as urban parks, fence lines, hedges and houses.

Chipmunks dig extensive burrow systems directly underneath or next to natural or manmade cover. They dig two types of burrows: shallow burrows in which they seek refuge while foraging during the day, and deeper, more complex burrows where they nest, store food and spend most of the winter months. Chipmunks rarely venture further than 1/3 mile from their burrows at any time.

Chipmunks are omnivores, dining on various types of foods that are found mostly on the ground. Their diets are more diverse during the warmer months, during which time they hoard nuts and seeds in their burrows to eat in the winter. 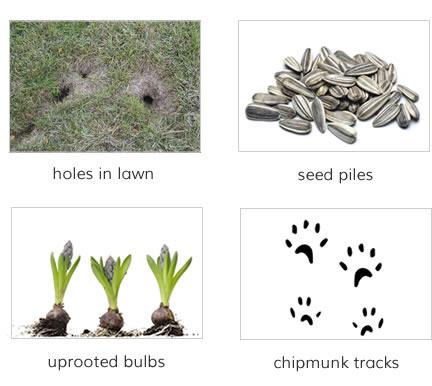 Though chipmunks are small, they can be quite destructive - especially when burrowing near a home's foundation.

Here are some signs of chipmunk damage: