What You Need to Know About Leprosy and Armadillo Control 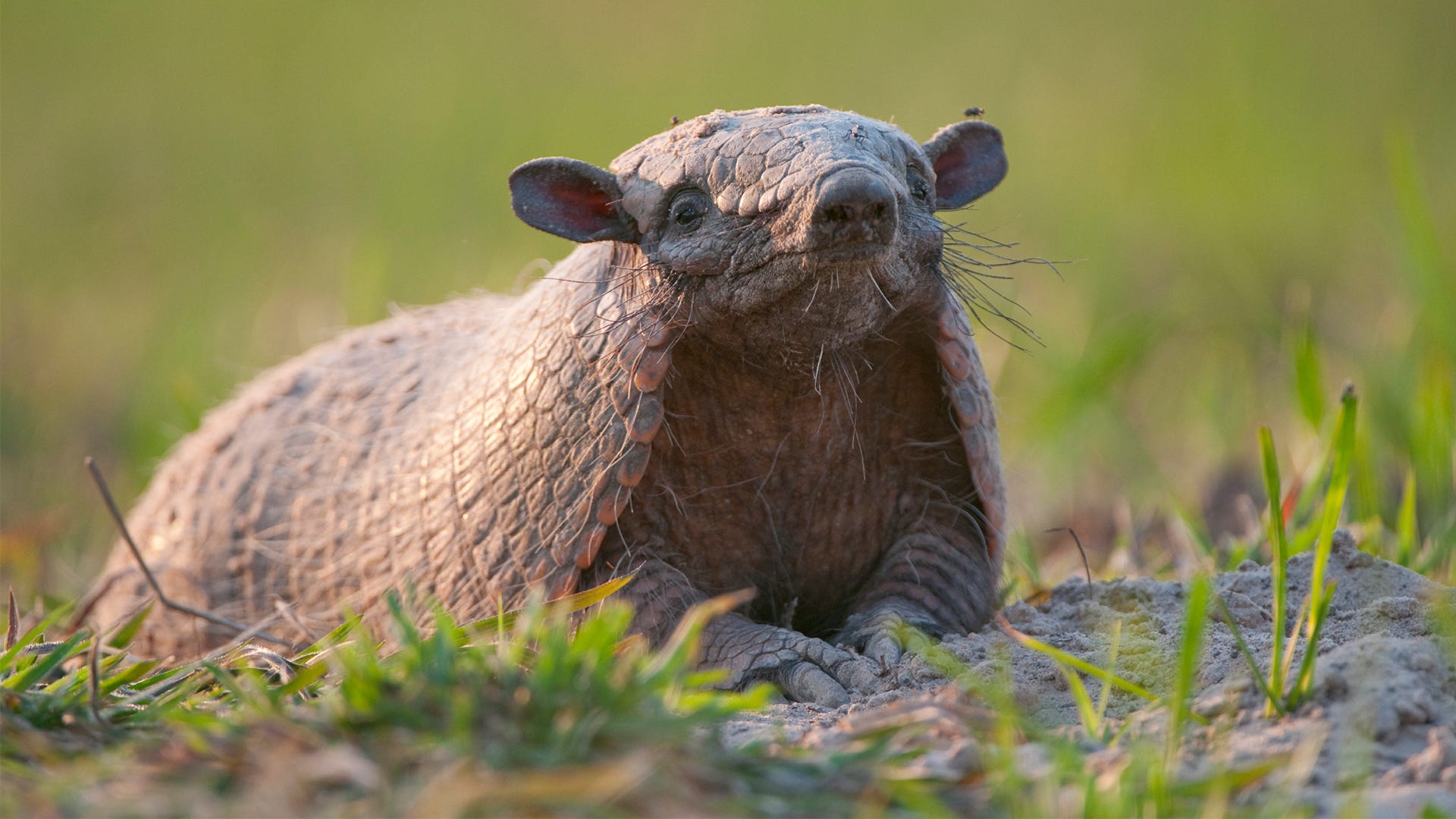 Armadillos have rarely been described as cute or adorable, and they’re usually not anyone’s idea of a great pet. But until recent years, these small, armored tank-like critters were thought to pose little threat to humans — other than their annoying habit of digging up yards to construct their shelters and search for food, or causing drivers to swerve to avoid running over them on the road.

This changed in 2011 when a New England Journal of Medicine article linked armadillos to the onset of leprosy in humans. Also known as Hansen’s disease, leprosy is a progressive disease primarily known for producing unsightly skin lesions on the afflicted individual’s body. Other symptoms include muscle weakness and numbness in the extremities. Leprosy was extremely prevalent during biblical times. Afflicted individuals who developed grotesque deformities resulting from secondary leprosy infections were often ostracized from society. However, it has become a relatively rare disorder over time.

In this post, we’ll take a closer look at the relationship between leprosy, armadillos and humans, and reveal some recent armadillo-transmitted leprosy cases in the U.S. You’ll also receive some useful armadillo control advice, including the use of repellents and traps to effectively eliminate your armadillo problem. 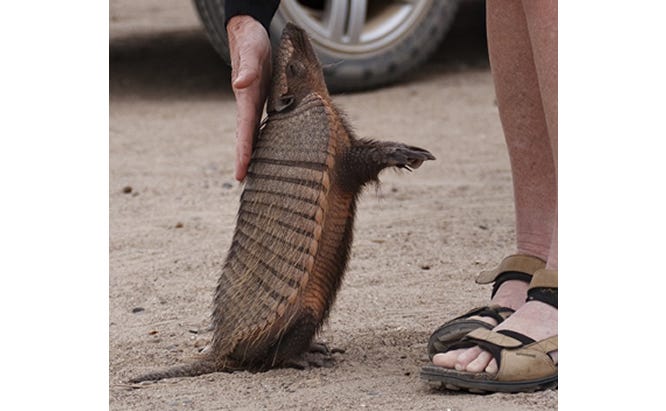 Researchers believe that armadillos actually inherited leprosy from humans approximately 400-500 years ago. Many nine-banded armadillos, the primary species found in the southern United States, host Mycobacterium leprae — a microbe that is apparently transmitted from one armadillo to another. The microbe can be passed on to humans when handling or eating infected nine-banded armadillos. Some studies indicate that in certain areas of the U.S., as many as 20 percent of the armadillo population may be infected with Mycobacterium leprae.

How Common Is Armadillo-Borne Leprosy in Humans?

The good news is that, as of now, armadillo-transmitted leprosy in the U.S. is still a relatively rare occurrence. We know this because the total number of leprosy cases is small – there are only about 150-250 reported cases nationwide each year. It’s also believed that many of these cases were the result of humans coming into contact with the disease when traveling overseas. And the vast majority of armadillos that live in the wild don’t survive long enough to develop a full-blown leprosy infection.

Recent Florida Cases Have Raised the Alarm Regarding Leprosy and Armadillos 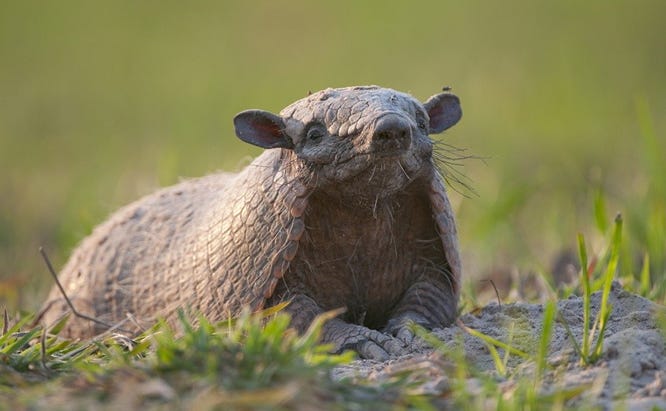 While leprosy is not a widespread issue in the United States, some recently reported leprosy cases have raised concerns about an increase in the armadillo-leprosy threat. In February 2015, three reported cases of leprosy were discovered in Volusia County, Florida, at least two of which are believed to have been transmitted by armadillos.

Volusia County officials have indicated that the recent cases do not point to a possible leprosy outbreak. However, the fact that there had been only one reported leprosy case in the county in the previous 10 years has increased the awareness of the link between armadillos and leprosy.

Fortunately, leprosy is an extremely curable disease that can be treated with antibiotics. But as with many afflictions, early detection is the key to effective treatment and preventing the disability and disfigurement that can result from a secondary infection. Unfortunately, many individuals may dismiss the lesions as benign sores or other less serious conditions. Because leprosy is so rare, this means it can be easily misdiagnosed by healthcare professionals.

The best way to alleviate your concerns about armadillo-transmitted leprosy is to avoid handling or consuming the animal. You can also implement armadillo control solutions such as repellents and traps on your property as a way to limit the risk of exposure.

The line of effective Havahart® armadillo control solutions includes electronic, motion activated repellents that deter the animals from entering your property or cause entrenched armadillos to seek another habitat. These products repel armadillos without the use of harsh chemical ingredients that could harm the animal or damage your property. 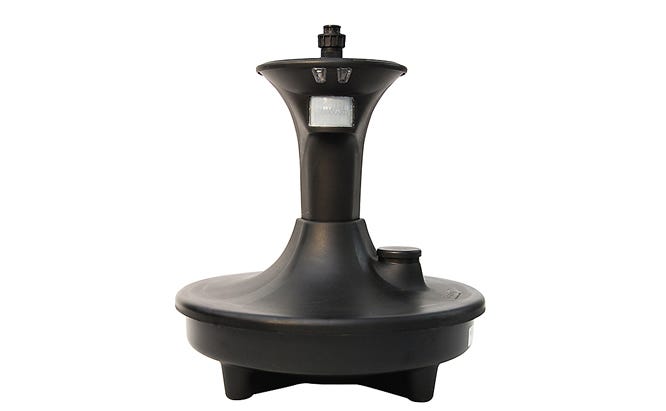 You’ll also find an assortment of easy-to-use armadillo traps that allow you to capture and relocate the animal without injuring it. You won’t have to come in contact with an armadillo that could possibly transmit leprosy. All products come with simple instructions that tell you how to bait an armadillo trap, so it’s more likely to enter the trap. This will increase your chances of trapping success.

While the risk of contracting leprosy from an armadillo is low, it’s still better to be safe than sorry. Taking the appropriate armadillo control steps can give you additional protection and peace of mind.