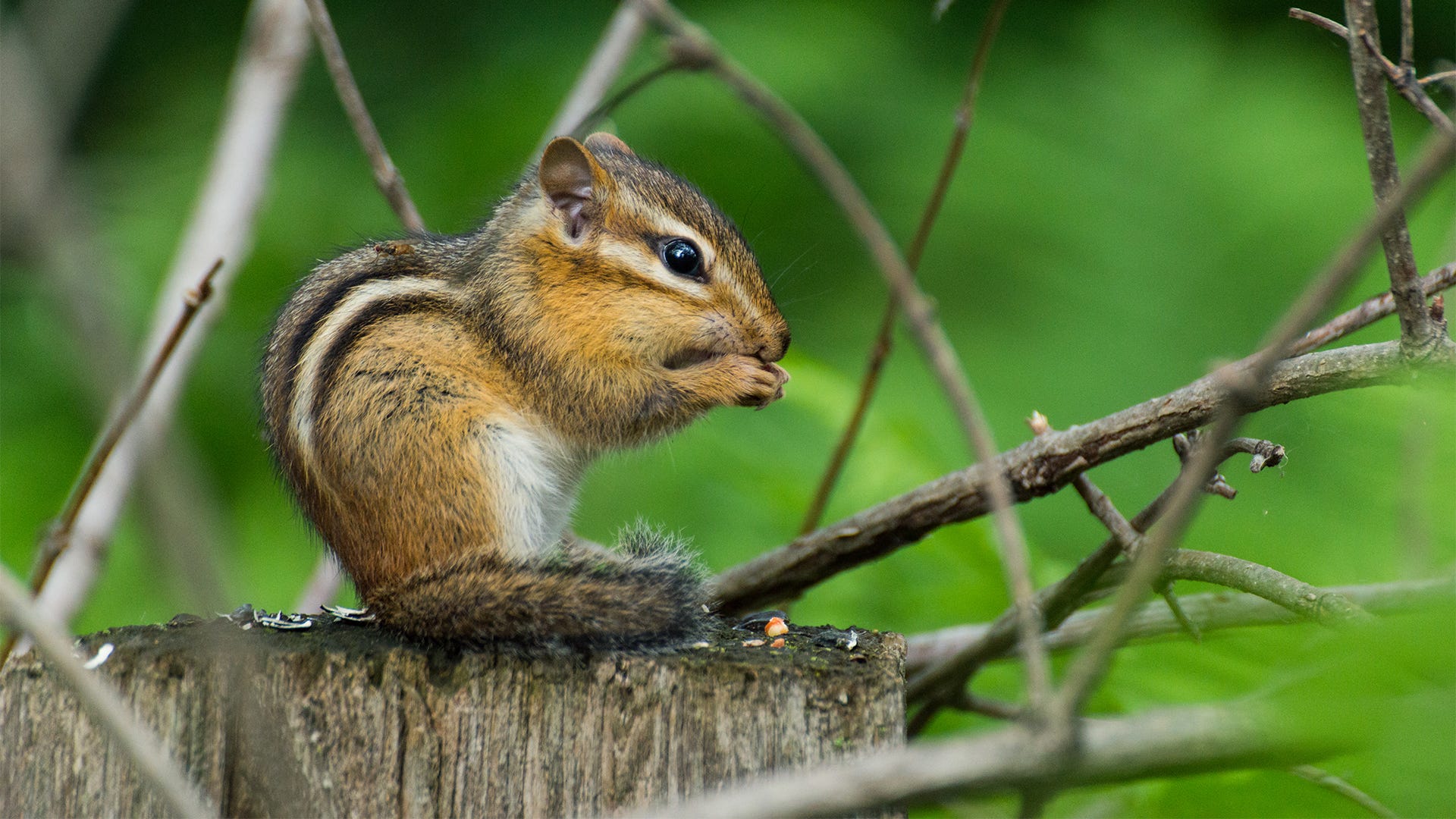 When you consider their cool “racing stripes,” chubby cheeks, large round eyes and the cute way they scamper about, it’s no wonder chipmunks are the movie stars of the rodent family! Unlike Alvin and his pals, real-life chipmunks aren’t quite so entertaining if they decide to make your backyard their home. Some chipmunk species dig underground burrows that serve as their winter home, which can create unsightly holes all around your property.

While they’re known for munching on seeds and nuts, chipmunks will also help themselves to your fruits and berries, and dig up and dine on plant roots. The good news is that if you’re having chipmunk issues on your property, natural repellents can help you get rid of them effectively and humanely!

Want to know more about chipmunks? Facts about these adorable but destructive creatures include:

Another important chipmunk fact you should know is that their burrows often consist of an elaborate network of tunnels with separate areas for sleeping and storing food. Multiple chipmunk families can reside in the same burrow, so if you see one chipmunk scurrying around, there could be many more nearby.

Not long ago, a customer at the greenhouse where I work asked for some chipmunk information. Chipmunks were wreaking havoc in her garden, and she wanted to know how to get rid of them fast! I suggested installing Critter Ridder® near the garden’s edge. Critter Ridder® is a motion-activated sprinkler device that uses a combination of sound, motion and sudden bursts of water to condition animals to stay away from the area.

When I explained to her that Critter Ridder® deterred animals without harming them, she was eager to give it a try. She stopped back a couple of weeks later to tell me that she hadn’t seen a chipmunk – or even heard a chipmunk chirp – in several days and that the garden raids appeared to be a thing of the past!

Use This Chipmunk Information to Prevent Damage to Your Property

You don’t have to live with a chipmunk invasion that could result in significant damage to your property. When it comes to chipmunks, facts and an effective, humane animal repellent can help you stop these endearing, but destructive, critters in their tracks and protect your yard and garden.