There's more to know about skunks than their unique appearance and smelly spray. Did you know four species of skunks now inhabit North America? Or that skunks are extremely adaptable and opportunistic? On this page, Havahart® provides information about skunks, including what they eat and how to identify their damage. 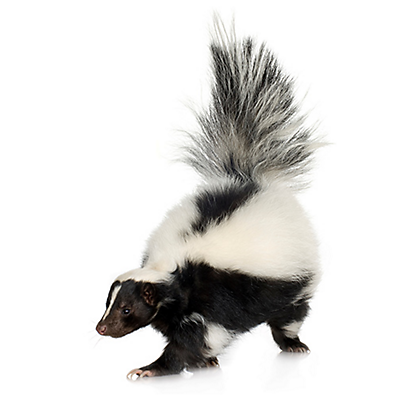 Average Lifespan in the Wild: 2-4 years 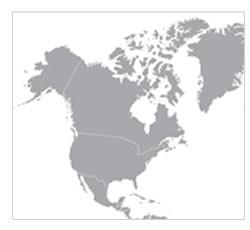 The most common and recognized skunk species in North America is the striped skunk, whose range extends from the southern half of Canada to the northernmost parts of Mexico, covering most of the continental United States.

The spotted skunk has a range that covers most of the US and Mexico, although the species is a bit less populous than the striped skunk. Even less common are the hooded and hog-nosed species, which are only native to parts of the Midwest, southwest and Mexico. 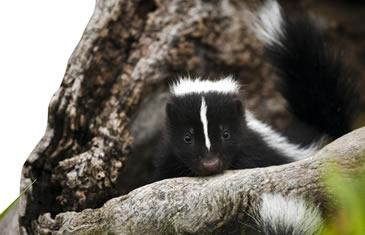 Skunks are extremely adaptable and thrive in many different habitats, as long as food and shelter are available. Because they rarely travel more than 2 miles from their established dens, a skunk will typically settle down within 2 miles of a water source.

Dens are made in tree hollows, hollowed out logs, brush piles, abandoned animal burrows, and underneath porches and other structures. Skunks will occasionally dig their own burrows underground if no other shelter options are available.

Though they typically prefer to dine on insects and grubs, skunks are omnivores, consuming a vast diet of both plant and animal matter. Skunks are opportunistic eaters, and their diets are flexible, often shifting with the seasons.

Some of skunks' favorite foods include:

Activity: Skunks are nocturnal, so they are most active at night. They do not hibernate, but they tend to be inactive during the coldest months in winter, when many gather in communal dens for warmth. For the remainder of the year, skunks are generally solitary, living and foraging alone.

Reproduction: Mating season is one of the only other times when skunks tend to socialize. Skunks have litters of 1-7 young in late April through early June.

Digging: Skunks have strong forefeet and long nails, which make them excellent diggers. They dig holes in lawns, gardens and golf courses in search of food like grubs and earthworms. When no other form of shelter is available, they may even burrow underneath buildings by entering foundation openings. 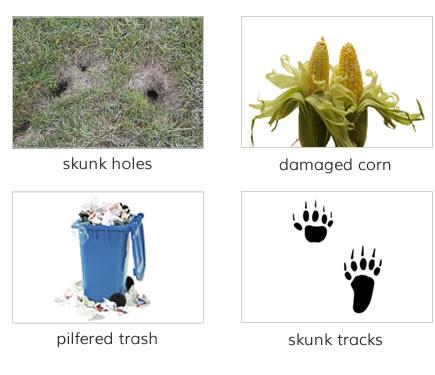 Skunks are notorious for the foul odor of their spray and their digging habits. Skunks will leave holes in your lawn when digging for insects, and they can damage your foundation if one chooses to construct a burrow underneath your home.

Signs of skunk damage include:

<p">Skunks can carry contagious diseases, viruses and parasites that can be transmitted to humans and/or pets through a bite.

Some of the most serious illnesses include:

Skunks and Rabies: Skunks are the primary carriers of rabies in the Midwest. Rabies is usually fatal to humans and pets unless treated immediately. If you suspect that a skunk may have rabies, do not approach it - call animal control immediately for assistance. There are two forms of rabies in skunks: the "furious" form, where skunks become aggressive, and the "dumb" form where they become unphased by human presence. Some other signs of rabies in skunks to look out for include activity during the daytime, an unsteady or disoriented gait, drooling, and/or foaming at the mouth.

A skunk's sulfuric spray has a range of up to 10 feet, and its odor can be detected up to 1.5 miles.

Skunks eat wasps and honeybees, and will often attack beehives.

Immune to snake venom, skunks are known to eat poisonous snakes like rattlesnakes.

Although skunks have very poor eyesight, they have excellent senses of smell and hearing.

A group of skunks is called a surfeit.