Seeing a bunny in the yard is a cute sign of spring, but before you know it, wild rabbits can cause considerable harm to your landscape. They can damage flowers, vegetables, trees and shrubs any time of the year. Learn all you need to know about rabbits below, including general facts and how to identify rabbit damage. 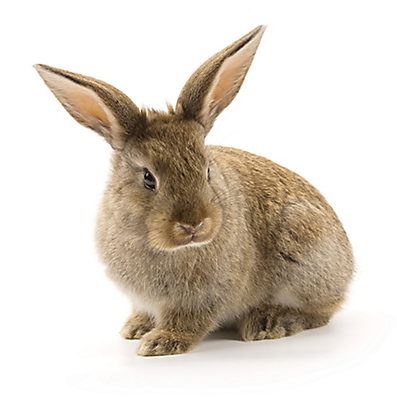 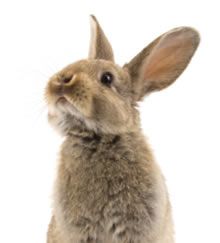 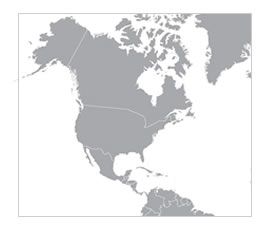 Eastern cottontail rabbits inhabit most of the central and eastern United States. Their range reaches the southernmost parts of Canada and extends down into Mexico, Central America and as far south as Columbia.

The less-populous mountain cottontail is found throughout the western half of the US, as is the desert cottontail, which has a range that extends as far south as Mexico. 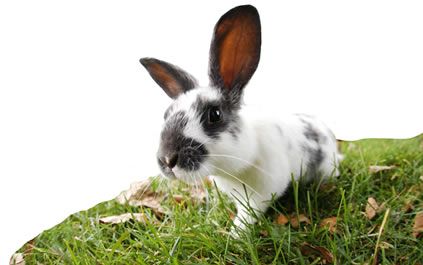 Cottontail rabbits thrive in highly vegetated or agricultural areas with plenty of grass and plants for grazing and protection. Cottontails find shelter within brush piles and other naturally occurring cover, and in extreme weather they will occupy abandoned burrows dug by other animals.

A single rabbit will spend its entire life within the same 10 acres of land, rarely venturing beyond that unless the availability of food and cover is compromised.

Rabbits are herbivores that favor green plants like grasses, clover and cabbage. However, rabbits are adaptable, and their diets adjust to the change of seasons and to their habitat. For example, from spring to fall, rabbits dine on grass, vegetables, fruits and flowers. In the winter they resort to woody plants, twigs and bark for nutrition.

Reproduction: Rabbits are notorious for their reproductive rates. One female rabbit can produce as many as 6 litters per year, yielding an average of 2-6 young per litter. Within hours of giving birth, female rabbits can be impregnated again.

Nesting: A female rabbit will create a nest called a "form" to conceal and care for her young. Forms are created in shallow recessions in the earth and are covered by grass, leaves, weeds etc.

Skills: Rabbits have keen senses of smell, sight and hearing, which help them defend themselves from danger. When they sense a nearby predator, they innately freeze in place to camouflage with the landscape. If a predator gets too close, a rabbit can run up to 18 mph, and will often do so in a zigzag pattern to baffle its follower. 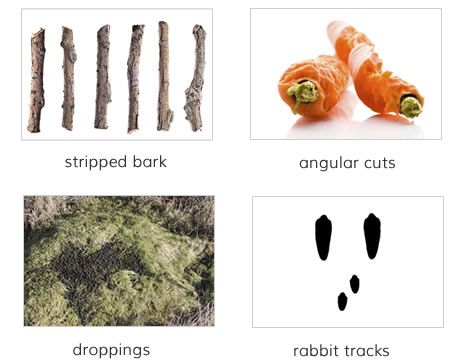 Rabbit damage is often confused with that of deer, which share a very similar diet of tender vegetation. However, rabbits are much smaller than deer and possess both upper and lower incisors (which are quite strong); the damage they cause is lower to the ground and more precise than that of deer.

Keep an eye out for the following signs of rabbits:

While there are a handful of diseases that rabbits may carry, there is one that is transferrable to humans - tularemia. Also known as "rabbit fever", this is a bacterial disease that can pose a serious threat if untreated. The most common way the disease is transferred is through tick or other insect bites: for example, a rabbit with tularemia carries a tick, which later attaches to a human. The disease can also be transferred through direct contact with a rabbit's blood.

The best way to protect yourself from tularemia is to wear gloves when performing any type of rabbit control.

Rabbits can sleep with their eyes open, which protects them from danger in two ways: they appear awake and thus less vulnerable to predators, and they can more readily detect danger when resting.

Rabbits only breathe through their noses - not their mouths like humans and other animals.

Some rabbits pad their nests - AKA "forms" - with fur plucked from their bellies.

Rabbits ingest their excrement through a process called coprophagia in order to absorb nutrients that weren't digested the first time around.