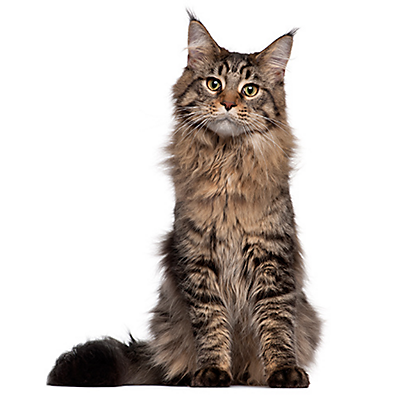 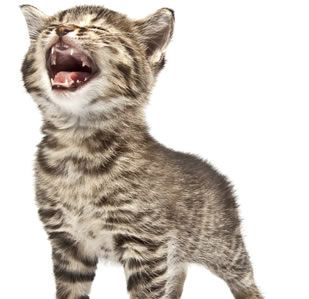 Humans will classify a cat as either a pet cat, a stray cat or a feral cat, mainly based upon its socialization with humans. Although they all belong to the same species, each general group of cats can be distinguished by its learned habits and attitudes towards humans and other animals:

raised by humans from birth

live in the custody of humans

socialized and generally friendly toward humans

were once pet cats

live in the wild due to abandonment or getting lost

were once socialized, so may be approachable by humans

born and raised in the wild

It's important for a human to understand these classifications - especially when attempting to take care of or control cats - as each group will respond differently to care and control methods. 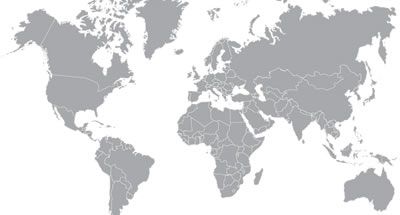 Due to their extreme adaptability, cats inhabit most of the world, including all continents except for Antarctica.

Cats are carnivores and scavengers with opportunistic diets. While most domesticated cats eat store-bought cat food given to them by their caretakers, cats in the wild mostly dine on human scraps (garbage) and small animals. Cats in the wild prefer rodents, birds and amphibians under 100g in weight.

Aside from store-bought food, some favorite foods include:

Activity: The time at which cats are active depends on their environment. For example, many cats in the wild (feral) are most active at nighttime, while some pet cats may be more active during times when their owners are home and active.

Reproduction: Cats that have not been neutered or spayed will mate during any season, producing up to 20 kittens each year.

Social Interaction: Cats are generally solitary, territorial animals. Feral cats will often form loose colonies consisting of mostly females and kittens, but cats typically fend for themselves during adulthood. Cats communicate and navigate mostly through scent, rubbing and spraying to mark their territories. Domesticated cats are the only cats that are socially comfortable with humans.

Scent Marking: Cats have scent glands all over their bodies - from their face to their paws and tails - which they use to communicate. For example, unfixed cats may spray, or "urine mark", on vertical surfaces to communicate their presence with other cats and mark the territory as their own.

Predation: Cats feed on small vertebrates and invertebrates. They're known to stalk animals when perched at a higher altitude and quickly pounce on them to attack. Feral cats in particular are very successful predators, keeping the population of pests like mice at a minimum. 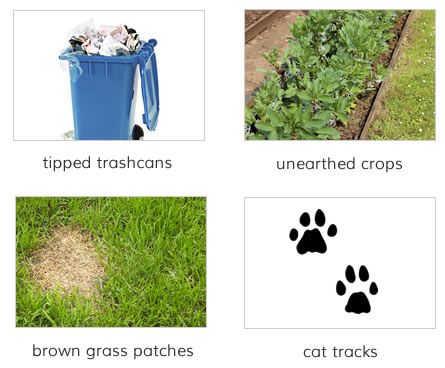 Cat damage can resemble that of other garden pests, so the best way to identify whether you have a cat problem is to see the cat with your own eyes.

Signs of a cat or its destruction include:

Cats are known carriers of several diseases, viruses, and parasites that are most only transmittable to other cats. Some illnesses they carry can be transmitted to humans - like toxoplasmosis - and these are transmitted via bodily fluids and feces. Feral cats are most at risk for disease, because they are rarely vaccinated - and this causes some fear in humans. However feral cats generally stay far away from human activity, and rarely is a person at risk of contracting these diseases from cats.

Illnesses that cats may transmit to other cats include:

Within seven years, one single pair of unfixed cats and their offspring can produce up to 420,000 kittens.

Cats cannot taste sweet foods, due to a lack of sweet taste buds.

While cats can climb up trees face-first, they cannot climb down the same way, because their claws curve backwards.

A cat's range of hearing is about 3 times that of a human, which means cats have superior sound-detection skills.

Adult cats only meow at humans - not at other cats. Kittens meow at their mother to let them know when they are cold or hungry, but once they enter adulthood, they no longer meow at other cats.