Nutria – An Animal You Will Be Seeing More Of

Described as a river rat or giant swamp rat, the rodent known in North America as the nutria originally came from South America, where it is called the coypu. Imported over a century ago for its fur, it has since become a native pest, causing particularly extensive damage to the banks of Louisiana swampland. But recent weather conditions have invited nutria to travel to more and more areas of the country, and it is theorized that this invasive species will have moved into nearly every state by the middle of the century.

Why Is It Here?

The nutria, which was originally the name used for the fur of a coypu until the name stuck for the animal itself in North America, was brought to California in 1899 for its fur. But after four decades, a sharp decline in trade left ranchers releasing the critters into the wild. They were transported further abroad by state and federal agencies that offered them as a means of controlling vegetation, and advantageous entrepreneurs snatched upon the idea of selling them as “weed cutters.” 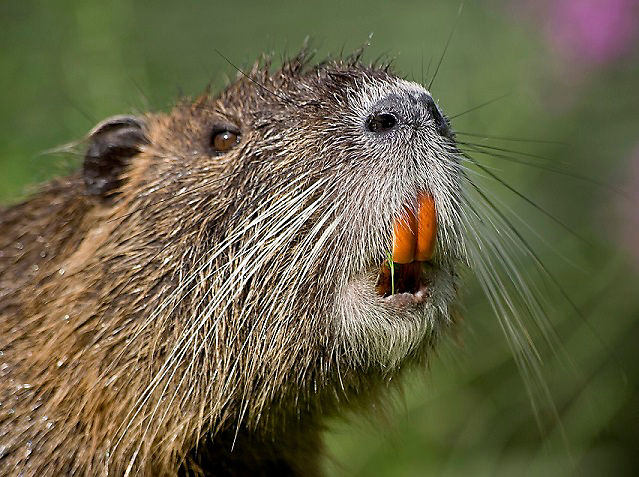 The United States Geological Society has attributed the northern migration of nutria to current climate conditions. Warmer weather and especially mild winters have encouraged this rodent to explore to regions it normally would shy away from, and its adaptability allows it to remain there even when conditions get harsher again. As long as water is nearby, a nutria may make itself at home, living in burrows that have openings below the water surface.

For the most part, nutria are still a relatively unfamiliar species – unless you watch Duck Dynasty regularly, that is. Sometimes mistaken for a small beaver or a large muskrat, the nutria’s tail is round and its two large front teeth are a startlingly dark orange. As part of its semi-aquatic nature, the hind feet are webbed, and the female’s teats are positioned high on her sides so that her young may nurse as she is swimming or floating in place. 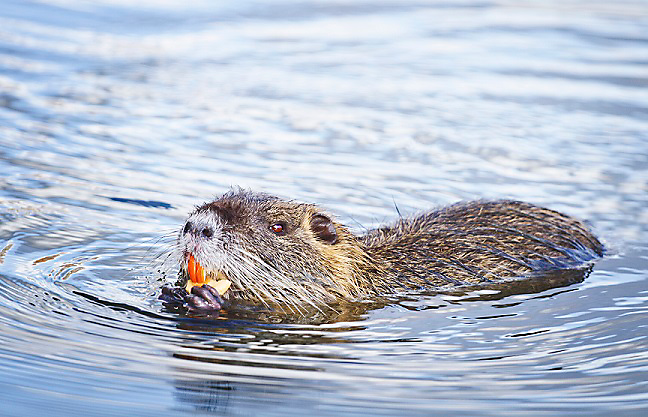 What Damage Does It Do?

The most extreme cases of nutria damage are along Gulf Coast regions of Louisiana and Texas, with the Drainage Department of Jefferson Parish spending over half a million dollars each year on repairs. Burrowing affects levees, banks, dams, dikes and roadbeds, and may even extend to weakened foundations of buildings, docks and wharves.

The resultant flooding has devastated farmers, who also have to contend with their crops being eaten by this mostly herbivorous critter. Livestock animals are also in danger, should they happen to drink from water that has been contaminated by nutria, which are known to carry parasites (such as tapeworms and blood flukes) and pathogens that cause diseases (such as tularemia and tuberculosis). People and pets are also at risk if they should swim in infected waters.

The situation is so bad in Louisiana that its Department for Wildlife and Fisheries encourages residents to harvest the animal for food, posting online recipes by Chef Philippe Parola (occasionally naming dishes with the French name for nutria: ragondin). It also provides a nutrition chart that show that nutria meat has the highest protein and the lowest fat and cholesterol counts compared to chicken, turkey and beef. 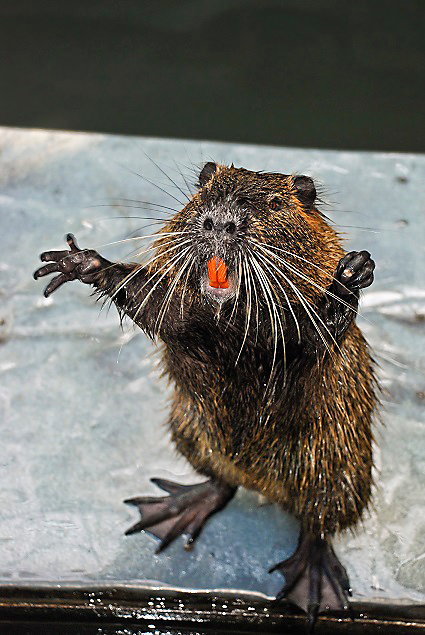 But you do not have to own a farm or live in the Gulf Coast to have your yard invaded by nutria, thanks to their expansion north. If you live near a stream or pond and are no stranger to beavers or other semi-aquatic species, you might become all-too-familiar with the nutria as well. If they can cause such havoc in Louisiana and Texas, just imagine what they can do to your lovely garden!

What You Can Do

Keep in mind that in some regions captured nutria may not legally be released back into the wild. So if you plan to deal with these invasive pests without calling in a professional, you will have to take steps to prepare for what to do with it afterward. If you cannot euthanize it yourself, a trip to a vet may be in order. Check with your local wildlife department for the regulations in your area.

An extra-large cage trap should do the trick, baited with sweet potatoes or whatever type of vegetable your intruder has shown a taste for in your garden. Havahart® offers one- or two-door versions of cage traps in the extra-large size, to satisfy either preference and accommodate your trapping style. Post a picture of your successful capture on our Facebook page, a place you can ask questions about nutria, too.