As you tend to your yard or garden to prepare it for a summer bloom, be aware that you may not be alone. This is especially true after heavy rains, when snakes are forced out of their once-dry havens and seek out prey or a mate.

Recent inconsistent winters in North America have made snake sightings – and snake bites – more prevalent. Whereas gardeners normally get through much of March before having to worry about what may be underfoot, sudden lasting bursts of warm weather in January and February (formerly the coldest months of the year) are enticing snakes out months earlier than expected. Depending on where you live, such climate-altering phenomena as El Niño have helped shorten their dormant season.

Results of Being Cold-Blooded

Being reptiles, snakes’ body temperatures are subject to the conditions around them, which is why warm weather will get them on their feet – er, scales – in search of sun to warm them up. During the cold winter months, the inability to stimulate their circulation through external heat sources leaves them sluggish and vulnerable to their natural enemies. To protect themselves, many snake species go into hiding and hibernate to conserve their energy. In warmer climes, snakes enter brumation instead, slowing down their metabolism while still remaining somewhat active, ready to take advantage of a sudden sunny day or easily captured food animal. Either way, this reduced activity level is especially necessary for male snakes to produce sperm in time for breeding once spring arrives.

Since they depend so much on external means to thermoregulate, snakes will have to keep looking for the right places to accomplish this. If the sun is not strong enough to maintain their activity level, they will be found well-exposed in the warmest spot they can find, trying to soak up all the heat they can get. When the sun beats down too much, causing them to overheat, they must seek cover. That is when they tend to cause problems for humans. Unable to easily spot them in their hideaway, we may end up treading on or inadvertently scaring them into acting defensively – posturing threateningly and even striking. 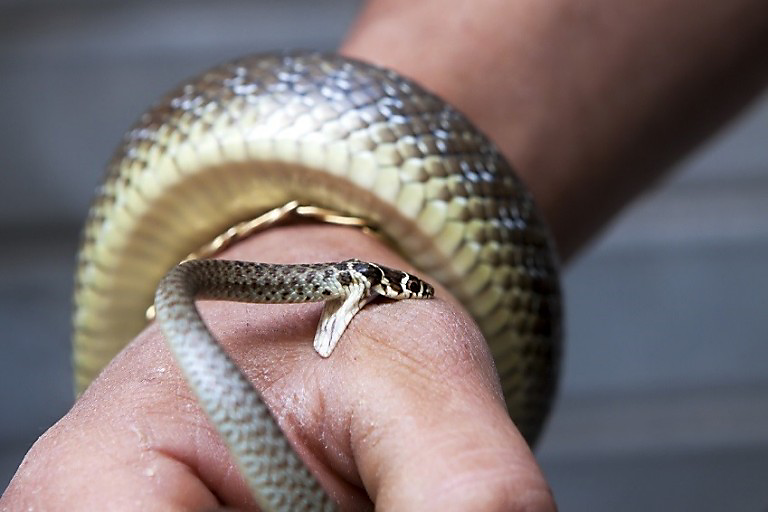 Snake Bites: What to Do

There is no way to know exactly how many snake bites occur yearly across the globe, but the World Health Organization puts the number at about five million, over 100,000 of which end in fatality. Regardless of whether your flowerbed is visited by a common garter snake or you happen to come across a venomous copperhead snake while on a hike, your best bet is to avoid the snake at all costs. Remain still. Do not approach it. Your standoff should end with the snake slithering off, as it is normal for them to avoid confrontations with large animals such as humans that are not on their food list. But if it does not have a clear avenue of escape, it may be waiting for you to back away and allow it to leave.

There is a lot of advice for wearing protective clothing and footwear when on hikes and not stepping into tall grass or a rocky outcrop without carefully watching your step, but when you’re in your backyard wearing flip-flops and get an unexpected visitor this isn’t much help. As the numbers attest, accidents happen with some regularity, but unless you live in a region where venomous snakes are found, the odds are good that the bite will not do anything more than hurt.

If bitten, remain calm, and try to recall all the physical details of the snake – its colors and markings. This will help determine whether the snake has injected venom into you and what type of antivenom will need to be administered. If there’s a chance it could be poisonous, dial 911 and stay as still as possible. Taking yourself to a doctor or hospital may be acceptable if you know the snake is nonvenomous, but if you are uncertain, you do not want to risk experiencing debilitating symptoms while you are driving.

It should go without saying that you should not try to capture the snake to bring with you. Taking a picture would be great – if it can be done safely – but do not waste precious time attempting this. Other things that many people accept as common knowledge but in fact should NOT be done include: 1) sucking out the venom; 2) applying a tourniquet; and 3) putting ice on the wound. 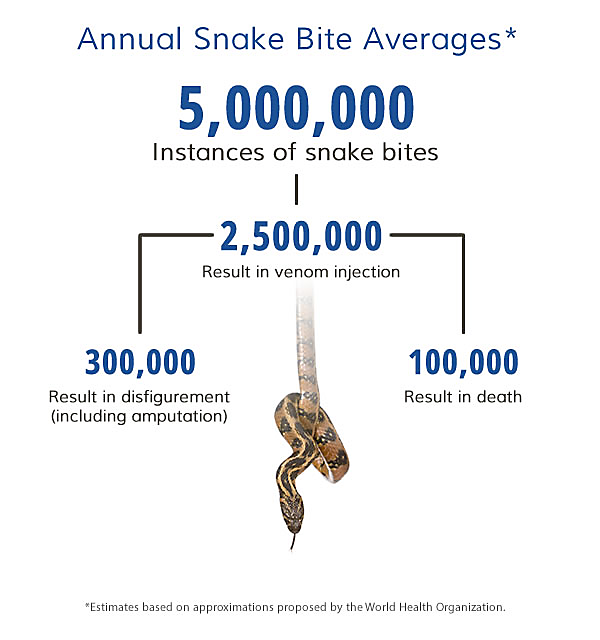 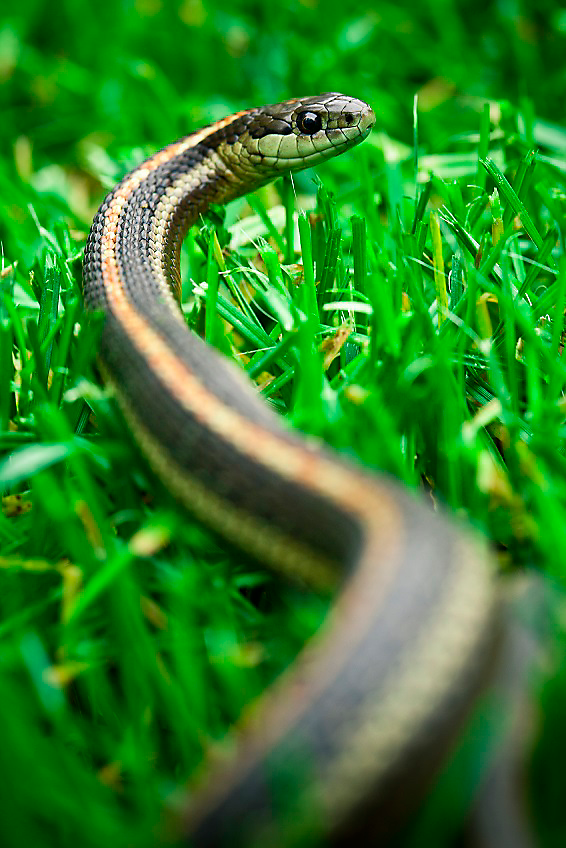 Snake Benefits: How Snakes Help Us

“Why do we allow these things to exist?” you may ask. “What good are they?” Well, before you emulate Saint Patrick and set off on a campaign to rid the land of snakes, consider the good they do.

Snakes are quite efficient at reducing the rodent population. No doubt that is what they were doing as you came across it!

As for the venomous snakes, their toxins have been used by the medical community in blood pressure medication, as a painkiller and, conversely, as either an anti-coagulant or a blood-clotting agent, depending on which snake it came from. Promising research suggests their venom’s potential use in the treatment of stroke victims, certain cancers and tumors, heart disease, Parkinson’s disease and Alzheimer’s disease. As aptly stated by Dr. Zoltan Takacs, consultant to the Discovery Channel and Emerging Explorer for the National Geographic Society, “Venom has opened up whole new avenues of pharmacology.”

Snake Repellents: How to Keep Snakes Away

If you are not concerned about rodents and simply want to know how to get rid of snakes – dangerous or not – Havahart® can help. Once you have trimmed your lawn and cleared your yard of debris that allow a snake to sneak up on you – albeit unintentionally – sprinkle Dr. T’s® Snake-A-Way® Snake Repelling Granules around your property for greater peace of mind. The only snake repellent registered with the Environmental Protection Agency (EPA), Snake-A-Way® acts on a snake’s Jacobson’s organ to disorient it, making it want to flee the area where it is experiencing such an unpleasant sensation.

Do you have any snake encounters to share? We would love to hear them. Write to us in our comments section below or visit our Facebook page to tell you tale.